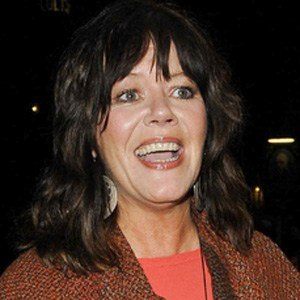 English comedian and actress who worked with the improv troupe Comedy Store Players and appeared on the television series Whose Line Is It Anyway?

She attended Dartington College of Arts from 1978 until 1981.

She has received various honoroary doctorates including one from the University of Wolverhampton in 2004.

She grew up with a brother, John and sister, Janet.

She played the lead role in Tom Stoppard's film Hapgood in 2008.

Josie Lawrence Is A Member Of