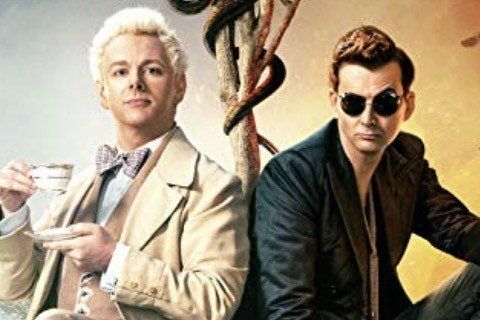 A demon and an angel accustomed to life on Earth seek to prevent the coming of the antichrist as well as the final battle between and Heaven and Hell. The show is set in 2018 and is based on a 1990 novel by Terry Pratchett and Neil Gaiman called Good Omens: The Nice and Accurate Prophecies of Agnes Nutter, Witch.

Neil Gaiman wrote every episode of the six-part series with Douglas Mackinnon helming the director's chair. All episodes dropped on Amazon Prime on the release date with weekly episodes being aired on BBC Two.