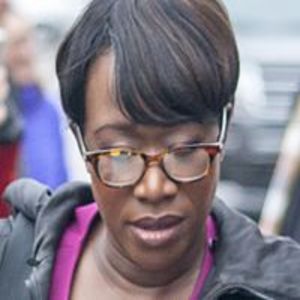 First rose to fame as a national correspondent for MSNBC and as a liberal political commentator. She gained notoriety as an author in 2015 when she released the book Fracture: Barack Obama, the Clintons and the Racial Divide.

She began her career as a journalist and blogger, starting with The Reid Report political blog before becoming a columnist for the Miami Herald. She got her start as a host in 2006 on the radio show Wake Up South Florida.

In 2014, she hosted her own short-lived afternoon talk show called The Reid Report.

Her father is from the Congo and her mother is from Guyana. Her husband, Jason Reid, is a documentary filmmaker for the Discovery channel. Together they have three children.

Her defunct MSNBC show The Reid Report took the former slot of NewsNation with Tamron Hall.

Joy-Ann Reid Is A Member Of