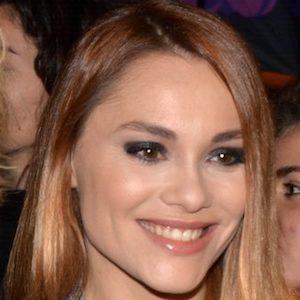 Television and film actress who is recognized for her portrayal of Lisa in the 2015 romantic comedy Drama. She also had a recurring role on the mini series Nos Chers Voisins from 2012-2015.

At the age of eight she appeared in a commercial advertisement for Kodak.

In 2006, she was cast as Juliet in a touring stage production of Roméo et Juliette, de la Haine à l'Amour.

She married Damien Sargue in 2009 but the couple separated a year later.

She and actress Diane Kruger both took courses at the Cours Florent drama school.

Joy Esther Is A Member Of