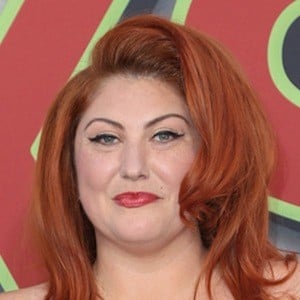 Actress who rose to massive fame for her role as Plum Kettle on the AMC TV drama Dietland. She previously earned a Webby Award for her 2007 viral video "A Fat Rant."

She earned her B.A. with honors in sociolinguistics and theatre from the University of Southern California.

She guest starred as Simone on two 2013 episodes of The Mindy Project. In 2017, she appeared in Twin Peaks.

She was raised in Redlands, California.

She has appeared alongside Julianna Margulies on the AMC drama Dietland.

Joy Nash Is A Member Of