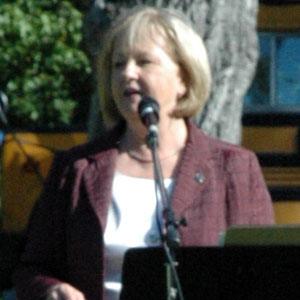 Conservative politician from Canda who served in the Legislative Assembly of Manitoba from 1999 to 2003 before being elected to the Canadian House of Commons in 2004. She is author of books like Lies My Kid's Teacher Told Me and Tools of the Trade.

She majored in Science and Math at the University of Manitoba and earned a music diploma from Toronot's Royal Conservatory of Music.

She received the 1986 Hedley Award for Excellence in Research during her time as a teacher.

She and Nadine Dorries have both served in the Canadian House of Commons as members of the Conservative Party.

Joy Smith Is A Member Of