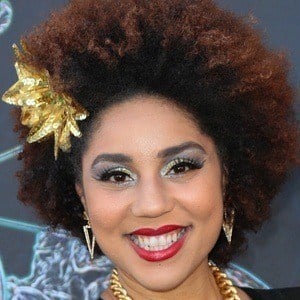 Born Joy Angela Villa and known by the stage name Princess Joy Villa, she is a singer-songwriter with an EP titled I Make the Static. Her career path has included working as a model, actress, artist and author as well.

She has been performing from the age of five and acting since the age of ten.

On screen, she has been seen in CSI: NY, Heroes, Into the Woods and other shows and movies.

Joy Villa Is A Member Of