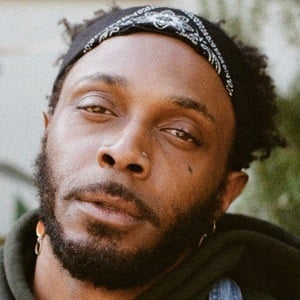 Rapper and producer who has gained major attention for his experimental brand of hip-hop, which incorporates elements of noise and electronic music. He has earned acclaim for releases like Darkskin Manson (2015), Black Ben Carson (2016) and Veteran (2018).

He spent much of his childhood in Brooklyn, New York before moving to Alabama for his teen years.

He served in the U.S. Air Force for four years.

His real name is Barrington DeVaughn Hendricks. His parents are of Jamaican descent.

He has sampled songs from artists like Ol' Dirty Bastard in his music.

JPEGMAFIA Is A Member Of