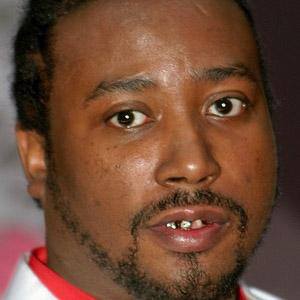 Known as Old Dirty Bastard, he was a former member of the Wu-Tang Clan. His debut solo album, 1995's Return to the 36 Chambers: The Dirty Version, is considered one of the great hip hop albums of the 90's.

He formed the band Force of the Imperial Master with his cousins.

Despite not winning an award, he took to the stage at the 1998 Grammy Awards while Shawn Colvin was accepting her award for Song of the Year.

He had three children.

He collaborated on a song with Busta Rhymes.

Russell Tyrone Jones Is A Member Of