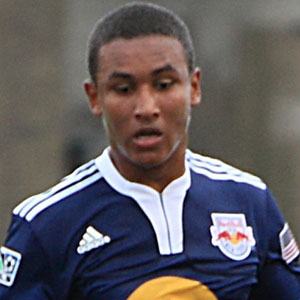 Colombian-born American forward who joined the US National Team in 2010. He joined Stoke City in 2014 after playing for the New England Revolution and Chivas USA from 2012 to 2013.

He began his professional career with the New York Red Bulls in 2010.

He was mostly raised by his mother, Olga Rostron, and step-father, James Rostron.

He joined Landon Donovan on the US national team in 2010.

Juan Agudelo Is A Member Of