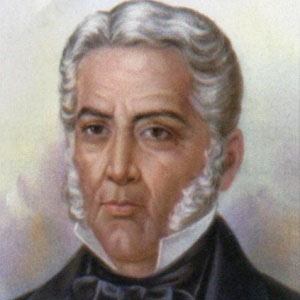 After fighting in the Mexican War of Independence, the Mexican-American War, and several other major military conflicts, he served during the year 1855 as Mexico's interim President.

Before joining the fight for Mexican independence in his early twenties, he was employed as a cowboy and farmhand.

He was instrumental in bringing about a 19th-century liberal period in Mexican history called La Reforma.

The son of a Spanish-born ranchero and a wealthy Mexican mother, he spent his youth in Atoyac de Alvarez and Mexico City, Mexico.

In 1854, Alvarez led a revolution that accomplished Benito Juarez's objective of ending the dictatorship of Antonio Lopez de Santa Anna.

Juan Alvarez Is A Member Of