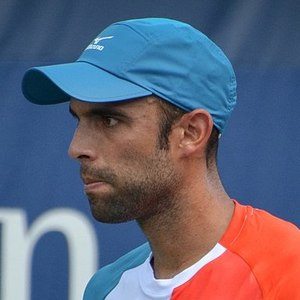 Colombian professional tennis player who is known for competing within both the singles and doubles categories. He is a right handed and two handed backhand and is known for having won the gold medal at the Pan American Games in the doubles category in 2011 in Guadalajara.

With a passion for the sport early on, he made his ATP and Grand Slam debut during the 2011 season. He then went on to win the Brazil Open and the Geneva Open during the 2015 season.

Within the mixed doubles category, he won the Australian Open during the 2017 season when he partnered with Abigail Spears.

He was born and raised in Cali, Colombia.

He defeated Mike Bryan and Bob Bryan in a doubles match in the French Open Doubles during 2011.

Juan Sebastián Cabal Is A Member Of