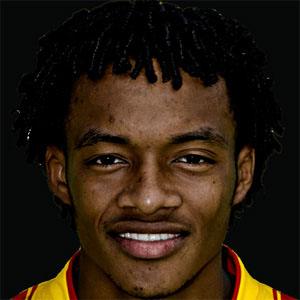 Winger who joined Fiorentina in 2012 after spending four years with Udinese. He became a member of Chelsea FC in 2015. He was loaned to Juventus the same year. In 2017, he was officially signed by Juventus.

He debuted professionally for Independiente Medellin in 2008.

He scored his first international goal on September 3, 2010 in a friendly against Venezuela.

He began dating Melissa Botero in 2015 and they have two kids together.

He and James Rodriguez became teammates on the Colombian national team.

Juan Cuadrado Is A Member Of