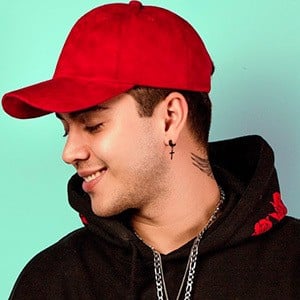 Mexican social media sensation who became a star by posting comedy videos to Facebook, where he has earned more than 1 million likes. In 2016, he began uploading videos to a YouTube channel which now boasts over 19 million subscribers. In early 2020, he signed a recording deal with Universal Music Latino in partnership with MPM Productions.

He was born in the seaside city of Mazatlán in Sinaloa, Mexico.

In December 2018, he collaborated with Khea on the single "Se Motiva." In April 2020, he released the song "Mi Plan" featuring Noriel. He is extremely popular on Instagram with over 17 million followers. He is a member of the Fénix Team influencer group.

His full name is Juan de Dios Pantoja Núñez. He has a brother named Ariel. He is a cousin of TikToker Mont Pantoja and YouTuber Tony M. He and fellow YouTuber Kimberly Loaiza were legally married from 2016 to 2018. They got married for the second time in August 2020. They have a daughter together named Kima. Their second child was born in February 2021. His brother is popular TikTok star Cesar Pantoja.

He was part of Badabun alongside Queen Buenrostro, Lizbeth Rodríguez and Tavo Betancourt, among others.

Juan de Dios Pantoja Is A Member Of