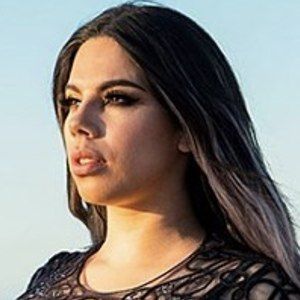 She performed in various theater productions and she was an entertainer at kids parties where she'd dress as Disney princesses. The company and channel with which she works, Badabun, was founded in 2014.

She was the main presenter for the Badabun series Exponiendo Infieles. She's amassed more than 8 million fans on TikTok for her musical and comedic lip syncs.

She has a younger brother whom she helped raise. She was in a relationship with fellow Badabun personality Tavo Betancourt. She has a son named Eros who she introduced to her social media followers for the first time in August 2019.

She collaborated with fellow creators Kimberly Shantal and Carolina Díaz when they were part of Badabun.

Lizbeth Rodríguez Is A Member Of