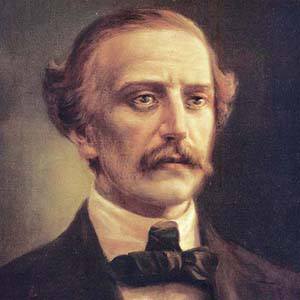 Liberal thinker who liberated the Dominican Republic from Haitian rule in 1844 and helped establish a democratic government.

He both orchestrated and financed the Dominican War of Independence which eventually led him to financial ruin.

The highest mountain peak in the Caribbean was named Pico Duarte in his honor.

He was born in Santo Domingo to Manuela Jimenez and Spaniard Juan Jose.

Duarte was, at one point, a likely candidate for the presidency of the Dominican Republic; however, general and political leader, Pedro Santana, took control of the country and exiled Duarte.

Juan Pablo Duarte Is A Member Of