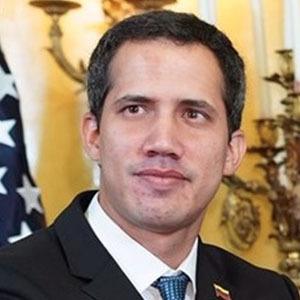 He graduated from Andrés Bello Catholic University in 2007 with a bachelor's degree in industrial engineering. He holds postgraduate degrees from George Washington University and the Instituto de Estudios Superiores de Administración.

He co-founded the Popular Will political party in 2009.

His father Wilmer was an airline pilot, and his mother Norka was a teacher. He married activist Fabiana Rosales in 2013. Their daughter, Miranda Eugenia, was born in May 2016.

Juan Guaido Is A Member Of