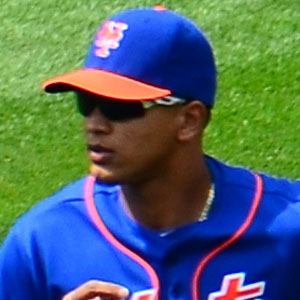 Dominican center fielder known for his defensive prowess, debuted in the National League with the New York Mets in 2013.

He was signed by the Mets in 2006 and was originally a shortstop.

He led all center fielders in 2013 with 14 assists despite only starting in 88 games at the position.

He won the Wilson Defensive Player of the Year Award in 2013. David Wright won it for the Mets the previous year.

Juan Lagares Is A Member Of