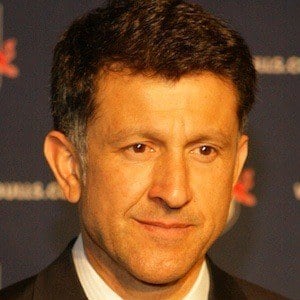 Soccer coach who took over as the manager of the Mexican national team in 2015, replacing Miguel Herrera. He'd previously served as manager of Atletico Nacional and Sao Paulo.

He played professional soccer in the 1980s, but his career was cut short by injury in 1987.

After his playing career ended, he studied exercise science at Southern Connecticut State University. He landed his first coaching job with the Staten Island Vipers in 1998.

He grew up in Santa Rosa de Cabal, Colombia.

He's coached Chicharito while at the head of Mexico's national team.

Juan Carlos Osorio Is A Member Of