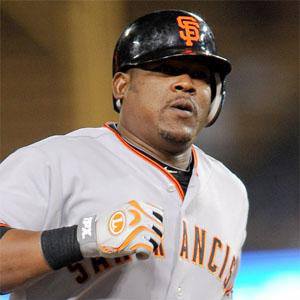 Undrafted, he signed with the Colorado Rockies in 1997, and rose up through their farm system to bat .300 in his major league rookie season.

In 2006 he was implicated in a shooting incident in his native Dominican Republic; he denied any involvement and eventually his court summons was rescinded.

He had three children with his wife Ana.

He was teammates with Jermaine Dye on the World Series-winning 2005 White Sox.

Juan Uribe Is A Member Of