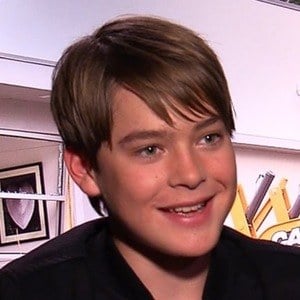 Breaking out in the part of Chris Moreno in the 2015 film Demolition, he'd later be cast in the lead role in the 2017 horror film The Babysitter. He had a minor role in the 2015 reboot of Point Break and starred as Teddy Pierce in Netflix's The Christmas Chronicles in 2018.

He began acting on stage when he was just four years old. His played Caleb Barlow in the 2014 TV movie Deliverance Creek.

He was featured in the TV series Game of Silence and was a guest-star in an episode of CSI: Cyber. When not acting, he enjoys playing baseball and playing the drums.

His parents are Hara and Mark Lewis.

He was up for the part of Spider-Man for the film franchise's second reboot, but the part went to Tom Holland.