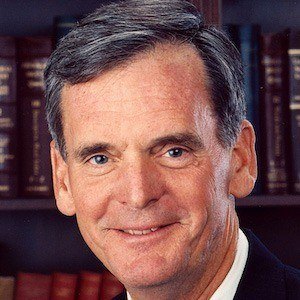 Republican politician and the 76th governor of New Hampshire who served his state in the U.S. Senate from 1993 to 2011.

He obtained his baccalaureate from Columbia University in 1969 before attending Boston University School of Law.

After leaving politics, he became an international advisor to Goldman Sachs and was later named the CEO of the Securities Industry and Financial Markets Association, a Wall Street lobbying group.

He had three children with his wife Kathleen.

He was nominated for Secretary of Commerce in the Cabinet by President Barack Obama , but withdrew his name.

Judd Gregg Is A Member Of