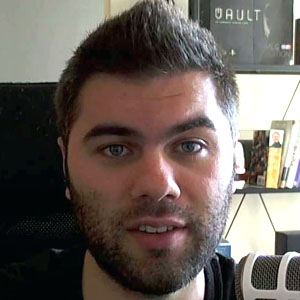 Let's Play commentator who joined the HermitCraft server in January of 2013. He enjoys Call of Duty more than any other video game.

He began posting videos to his Juicetra YouTube channel in November of 2009.

He has featured video games such as Worms Revolution, Minecraft, and various Call of Duty editions.

He was born and raised in Vancouver, British Columbia, Canada. He got married in 2014 and refers to his wife as Mrs. Juicetra. He often posts pictures of his orange tabby cat Ollie on Instagram.

He posted a video blog in December of 2011 with Tom Cassell called "Syndicate is 21 and eating hot wings for the first time." He frequently plays games with his friends Brennon O'Neill and Adam Montoya

Juicetra Is A Member Of