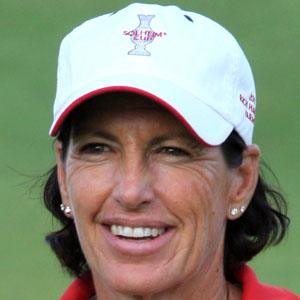 Professional women's golfer who has become one of the most successful LPGA Tour players in history with more than 30 wins. She won the ESPY Award for Best Female Golfer in 2000 and was inducted into the World Golf Hall of Fame the same year.

She was a three-year All-American at San Jose State and was named LPGA Rookie of the Year in 1984.

She represented the United States in the Solheim Cup 9 times from 1992 to 2011 and was the oldest player in Cup history in her last year on the team.

She married Brian Inkster in 1980.

She defeated Sweden's Helen Alfredsson at the 1997 Samsung World Championship of Women's Golf.

Juli Inkster Is A Member Of