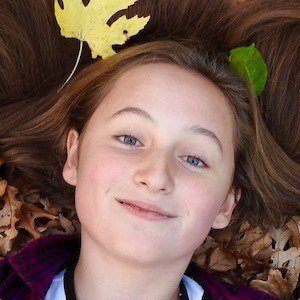 Starred Funimate sensation known as Julia.ep who has earned more than 100,000 followers and upwards of 1 million views on her creatively edited lip sync videos. She has been nicknamed the "Queen of Creativity."

She first started making videos for Funimate in December 2016, and by April 2017 had earned her verification star.

Outside Funimate, she has spent her free time playing field hockey. Her field hockey club was ranked in the top five in the United States.

She was raised in the suburbs of Chicago, Illinois. She has a brother who was born with autism.

She has collaborated with fellow Funimate star Alec Weeks.

Julia Epstein Is A Member Of