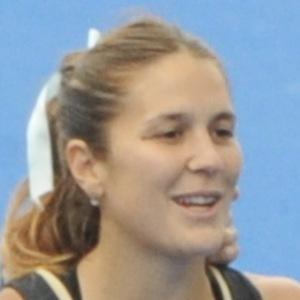 Defender who won her first gold medal with the Argentina national team at the 2013 Pan American Cup. She also won the Champions Trophy twice and the World League 2014.

She left for Buenos Aires after school to train with an indoor hockey team. After two years of training, she joined the junior World Cup in Germany in 2013.

She won gold at the Pan American Junior Championships in 2012.

She has a sister named Paula.

She played alongside Agustina Habif for Argentina in 2014.

Julia Gomes Fantasia Is A Member Of