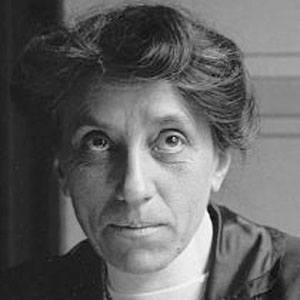 She served as the director of the United States Children's Bureau from 1912 to 1921, and devoted herself to children's welfare and lowering infant morality rates.

She graduated from Vassar College in 1880.

In 1899, she established the first juvenile court, and she became president of the Juvenile Psychopathic Institute in 1904.

Her father, William Lathrop, was a co-founder of the Republican Party.

She was appointed Director of the United States Children's Bureau by President William Howard Taft.

Julia Lathrop Is A Member Of