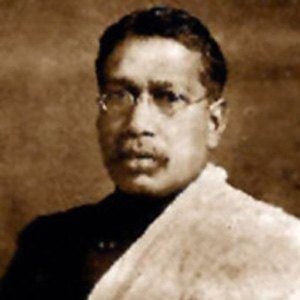 A part of the "Lal Bal Pal" triumvirate which initiated the uprising against British colonialism in 1905.

He worked as a teacher and librarian.

He encouraged radical means of boycotting the British, such as burning British clothing and implimenting lockouts of British-owned businesses.

His father was a Persian scholar named Ramchandra Pal.

He openly criticized Mahatma Gandhi and what he called the Gandhi cult.

Bipin Chandra Pal Is A Member Of