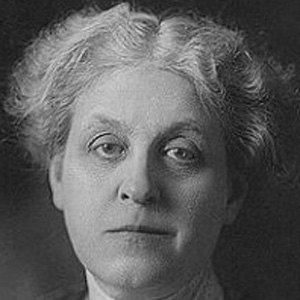 Suffragette who developed the so-called 'Winning Plan' to pass the 19th Amendment, which gave women the right to vote in 1920.

She financed her own way through college by teaching, and worked as a school administrator before involving herself in the campaign for women's suffrage.

She was selected to be president of the Iowa Woman's Suffrage Association, through which she developed a national drive to pass the 19th amendment.

She was married to Les Chapman, a newspaper reporter.

She was a close associate of Susan B. Anthony, another well-known suffragette.

Carrie Chapman Catt Is A Member Of