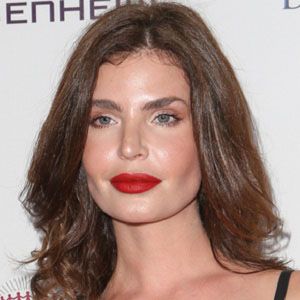 Latvian model who was named in the face of the Guess brand in 2011. She has graced the pages of magazines like Esquire and Sports Illustrated and has worked with some of the world's top fashion designers, including Marc Jacobs, Vivienne Westwood and Giorgio Armani.

She began attending ballet school at age 5 and began playing the piano at age 7. At 16, she landed her first magazine cover as a model.

While staying in Turkey, she was voted the Best Model in the World.

She has an older brother named Maxim.

She replaced Kate Upton as the face of Guess.

Julia Lescova Is A Member Of