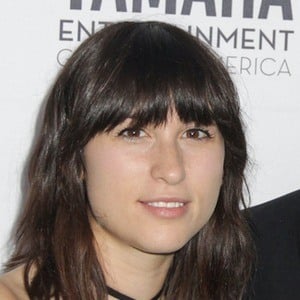 Animator and illustrator who is best known for creating the Cartoon Network original series Summer Camp Island. She is also known for having worked as an animator and staff writer on the series Adventure Time.

She earned her MA in Animation from the Royal College of Art in 2011. The following year, she was named as one of the New Faces of Independent Film by Filmmaker Magazine. After working as a staff writer for Adventure Time, she went on to release Summer Camp Island in July of 2018.

Her short films have played at several festivals including Sundance, SXSW, and Tribeca. She is also known for having been named one of three 'animators to watch' by Creative Review in 2013.

She was born in England but later moved to New York City to pursue her career as an artist.

She posted a photo of Gillian Jacobs wearing the top she illustrated for Rachel Antonoff's company & Other Stories.

Julia Pott Is A Member Of