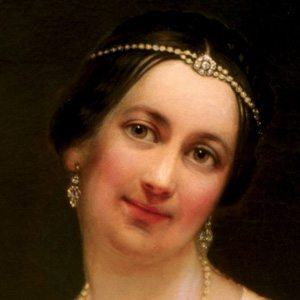 She lived in Long Island and shocked polite society when she posed with a gentleman not related to her in an advertisement for a middle-class department store.

She met John at a White House reception in 1842.

She and John had seven children together.

She married John Tyler, who was thirty years older than him, while he was still President.

Julia Gardiner Tyler Is A Member Of