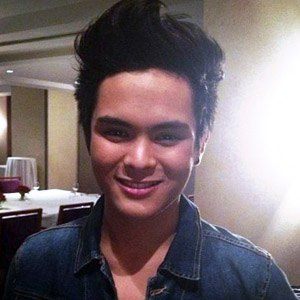 ABS-CBN Filipino mainstay who starred on the series Wansapanataym in the role of Ian for the network. He has made several guest appearances on the network as well in shows including ASAP, Kris TV, and The Buzz.

He won the Prince and Princess of the Night award at the Star Magic Ball in 2012 alongside Julia Barretto.

He was born in San Juan City and his father is Senator Jinggoy Estrada. He has two sisters named Janella and Julienne, and a brother named Joseph.

He had a supporting role in the movie She's Dating the Gangster, which starred Kathryn Bernardo.

Julian Estrada Is A Member Of