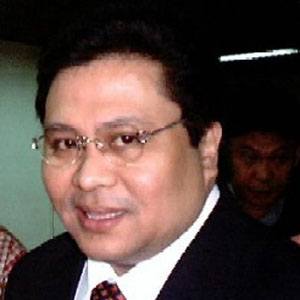 Affiliated at different points in his career with both the Force of the Filipino Masses and the United Nationalist Alliance parties, he began serving in the Philippine Senate in 2004. From 2007-2013, he served as the Senate's President Pro Tempore; in 2013, he became Senate President.

A screen actor as well as a politician, he appeared in more than twenty Philippine films between 1985 and 2009 and even received a Metro Manila Film Festival acting award in 2007.

He was born in Manila to Joseph and Loi Estrada. He later married Ma. Presentacion Vitug; the couple raised four children: Julian, Janella, Joseph and Julienne.

He and Cynthia Villar both served in the Senate of the Philippines.

Jinggoy Estrada Is A Member Of