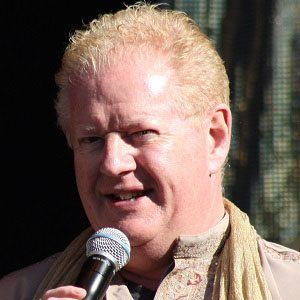 Famous for his presenting work on Northern Ireland's UTV channel, he is perhaps most known for his Come Fly with Julian segment and for his entertainment reports about the soap opera Coronation Street.

Before beginning his career with UTV, he studied at Methodist College Belfast and worked for the London and Belfast offices of Air Canada.

An actor as well as a television host, he appeared in the films Spiders and Wild About Harry (both released in 2000). In addition, he was the subject of a 2005 documentary film titled Julian.

He was born and raised in Belfast, Northern Ireland, and is openly gay.

He and fellow television personality Gillian Porter are both known for their work on UTV.

Julian Simmons Is A Member Of