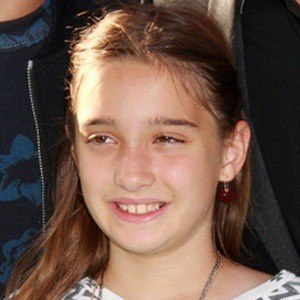 Best recognized as the daughter of Switched at Birth actor Gilles Marini.

In March 2016, she posted her first picture, a red carpet photo with her family, to Instagram.

She has been known to post photos of herself and her family members on her officialjulianamarini Instagram account. She also appears on her family's popular social accounts.

Born to Gilles and Carole Marini, she has an older brother named Georges.

On Switched at Birth, her father starred opposite Sean Berdy and Lucas Grabeel.

Juliana Marini Is A Member Of