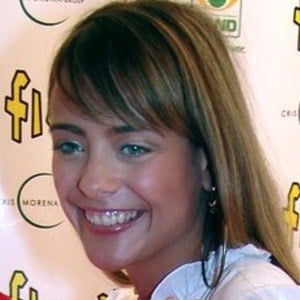 She made her acting debut as Dagmar in the telenovela Pecado Capital in 1998.

She starred in the children's musical soap opera Floribella.

She's the daughter of Giselda Bragança Saúda and Joaquim Silveira Filho. She married John Vergara in 2011. The couple has a son named Bento.

She starred in the 2014 telenovela Vitória alongside Thaís Melchior.

Juliana Silveira Is A Member Of