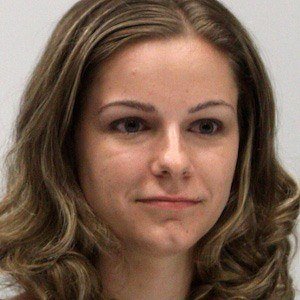 YouTube star known for her self-titled channel where she's known as the Token Libertarian Girl. She's well remembered for her entertaining political commentaries posted to more than 80,000 subscribers. She was awarded Tea Party Blogger of the Year at CPAC 2013 and her written work has appeared in outlets like the Washington Examiner.

She studied political science, economics, and international studies at Frostburg State University before working as a writer and policy analyst at FreedomWorks.

She has spoken at conferences across the Unites States, including FreedomFest, Liberty Political Action Conference, and VidCon.

She has lived and worked in the Washington, D.C. area.

She was interviewed by Ron Paul about her work with Voices of Liberty.

Julie Borowski Is A Member Of