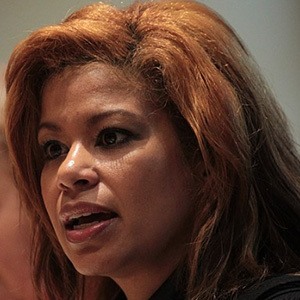 Kenyan businesswoman and media personality who pioneered multiple television shows including The Inside Story, Showdown and On the Spot. She is also an independent director at Acumen Communication Limited.

She studied at both Cardiff Law School and Cardiff Business School at the University of Wales.

She became a Fellow and trustee of the Africa Leadership Initiative EA.

Her husband's name is Anthony. She has a daughter named Njeri and sons named Joseph, Daniel and Kimoshe.

She once received the Martin Luther King Salute to Greatness Award.

Julie Gichuru Is A Member Of