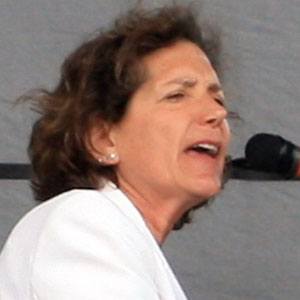 Singer from Pennsylvania best known for her ultra-popular 1985 composition 'From a Distance.' In 1991, the song won the Grammy for Song of the Year after it was re-recorded by Bette Midler.

She worked as a secretary for HBO in the 80's.

Her song "From a Distance" was used by astronauts aboard the Mir space station as a wake-up song.

Her grandparents were Romanian immigrants.

Her Grammy-winning composition "From a Distance" has attained classic status, being covered by an array of artists including singer-songwriter Jewel.

Julie Gold Is A Member Of