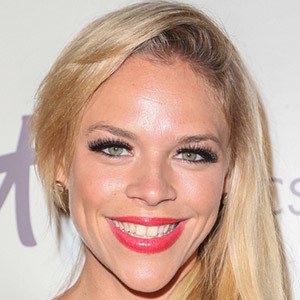 Sports reporter who has served as a soccer sideline reporter for Fox Sports and ESPN. She became the host of the Barstool Sports radio show Barstool Breakfast on Sirius XM 85 in 2017.

She graduated from Queen's University in Kingston, Ontario before earning her Master's degree in journalism from City, University of London.

In addition to her soccer reporting, she was a reporter for the NHL's Toronto Maple Leafs.

Her mother is Georgie Binks.

She and Dan Katz are both known for their work with Barstool Sports.

Julie Stewart-Binks Is A Member Of