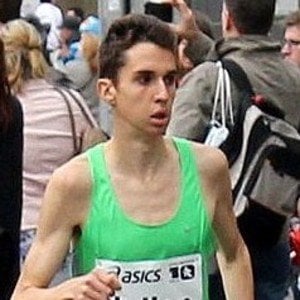 Long distance runner who set the European 10k record while winning the October 2018 South Africa City to Surf Run. He also finished in 8th place and the top European finisher in the 2018 IAAF World Half Marathon Championships.

He began playing sports at age 5. He later began focusing on middle and long distance racing at age 15.

He earned a silver medal at the 2017 European Team Championships. He also finished in second at the 2018 Barcelona Half Marathon.

He was born and raised in Geneva, Switzerland.

He beat Mo Farah's previous European 10k run record at the City to Surf run in 2018.

Julien Wanders Is A Member Of