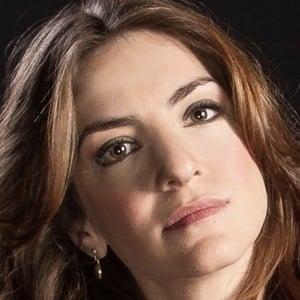 TV actress who was nominated for the Sur Award for Best Actress for My Friend From the Park in 2015 and The Tenth Man in 2016. She has over 500,000 followers on her juli_zylberberg Instagram account.

She debuted as an actress in the 2004 film The Holy Girl.

She acted in Wild Things which was nominated for Academy Award for Best Foreign Language Film at the 87th Academy Awards.

She has a son named Luis Ernesto Lamothe. Her sister is Luciana Zylberberg.

She and Ricardo Darin both acted in the film Wild Things.

Julieta Zylberberg Is A Member Of