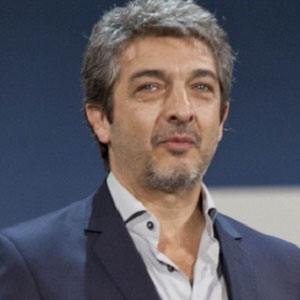 Famous for his starring role in the Oscar-nominated movie The Secret in Their Eyes, he is also notable for his performances in the Argentine films El Aura, Nine Queens, and El Hijo de la Novia.

He performed in his first theatrical production when he was ten years old and went on to appear in several popular soap operas.

Named the most significant Argentine entertainer of the first decade of the 21st century, he was the 2011 recipient of his country's prestigious Diamond Konex Award.

He was born in Buenos Aires, Argentina, to actors Ricardo Darin Sr. and Renee Roxana. After his decade-long marriage to television personality Susana Gimenez ended in divorce, Darin married Florencia Bas, with whom he raised children named Clara and Ricardo, Jr.

He starred in the 2004, Juan Campanella-directed feature Luna de Avellaneda.

Ricardo Darín Is A Member Of