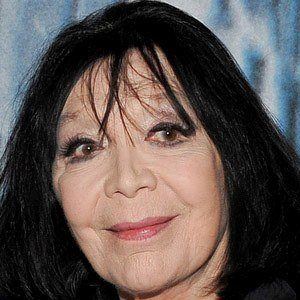 French actress and singer who appeared in such films as The Big Gamble and An Education.

Her mother, a political activist, was involved in the World War II-era French Resistance.

She was played by actress Anna Mouglalis in the film Gainsbourg: A Heroic Life.

Her third husband, Gerard Jouannest, had a career as a pianist.

She appeared with Carey Mulligan in the film An Education.

Juliette Greco Is A Member Of