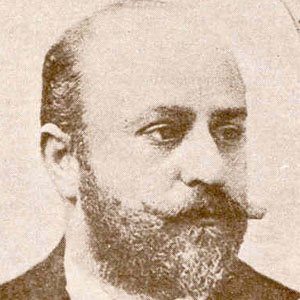 He graduated from the Vienna University of Technology in 1882, where he was a student of Heinrich von Ferstel and Karl König. He relocated to Zagreb in 1888.

He obtained a position in Kune Waidmann's studio upon the recommendation of Hermann Helmer.

He was born into a Jewish family residing in Geppersdorf in the Austro-Hungarian Monarchy. His architect son, Pavao, inherited his design studio. He was buried in the Mirogoj Cemetery.

He was active during the same period as Slovenian architect Joze Plecnik.

Julio Deutsch Is A Member Of