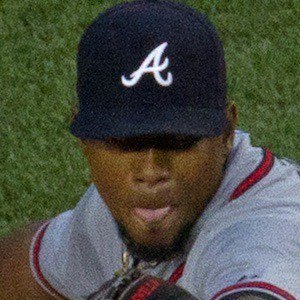 Right-handed starting pitcher who made his MLB debut in 2011 with the Atlanta Braves and placed fifth in Rookie of the Year voting in 2013.

The Braves signed him an an amateur free agent in 2007.

He is known for using an effective change-up and having good control of his pitches.

He was born in Cartagena, Colombia.

All-Star catcher Brian McCann was his teammate on the Braves.

Julio Teherán Is A Member Of