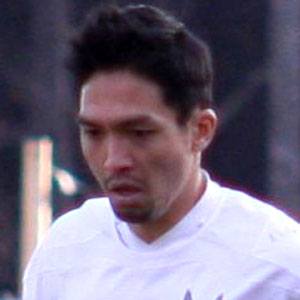 Japanese midfielder who joined the MLS's Vancouver Whitecaps FC in 2012 after spending a season each with the Carolina RailHawks and Tokushima Vortis.

He began his professional career with Japan's Omiya Ardija in 2002.

He played for Albirex Niigata from 2007 to 2009 and was sent on loan to Vissel Kobe and Consadole Sapporo during his time with the club.

He was born in Tokyo, Japan, to American-born parents.

He and Darren Mattocks both joined the Vancouver Whitecaps FC in 2012.

Jun Marques Davidson Is A Member Of