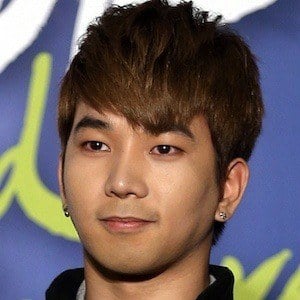 K-pop singer and idol known for being a member of the boyband MBLAQ. He's also performed as a solo musician and is better recognized by the name G.O.

He started his career with the boy-girl group Ty Keys in 2007 before joining MBLAQ in 2009.

He grew up in Changwon, South Korea.

He and Seungho have been bandmates in MBLAQ.

Jung Byung-hee Is A Member Of