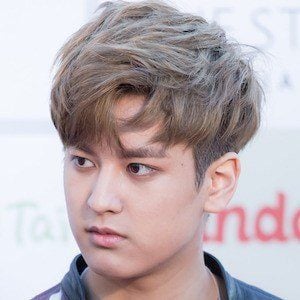 Known by his stage name Chanwoo and the 7th singer in the YG Entertainment K-pop boy band iKON. He made his debut with the group in May 2014 on the TV show Mix and Match.

He made his entertainment industry debut in the music video for the song "Balloons" by pop duo TVXQ. He featured as the child counterpart to band member Max Changmin.

He gained widespread renown in 2009 for his acting work on the TV series Boys Over Flowers and The Heirs. On December 24, 2015, as a member of iKON, he was part of the group's first full length album Welcome Back's release.

He was born and raised in Yongin, South Korea.

He is joined by Kim Jinhwan in the K-pop group iKON.

Jung Chan-woo Is A Member Of